Farlight 84 Download Free Game APK For Android & iOS(Latest Version) – APK Download Hunt. Farlight 84 is a fantastic battle royale game that allows you to engage in competitive battles with players from all over the world. The best thing is that you don’t have to play alone, as the game allows you to play in groups of two or four. Also worth mentioning is the number of vehicles since each one has its own set of characteristics, such as increased speed, armament, and transport capability. 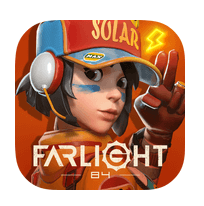 Farlight 84 is a multiplayer action game that submerges you in forty-player battles where the last man standing wins the game. We’re talking about a battle royale that’s very similar to Fortnite, Omega Legends and Cyber Hunter. However, Farlight 84 stands out for its colourful visuals, as well as for the variety of weapons and vehicles available to you.

You’ll find yourself in a post-apocalyptic world. Keep in mind that resources are limited and that bombing is a constant threat. The game’s goal is standard for this genre: collect arms and equipment on the map to defeat the enemies and reach the safe zones. The safe zones are crucial because if you leave the game’s boundaries, you’ll continue to lose life.

Farlight 84 APK’s energy system is one of the features that distinguish it from other games. Several energy recharge points can be found on the game map, allowing you to use your jetpack as well as upgrade your arms and armour. You can move easily both horizontally and vertically by using your jetpack. You can also level up your weapons by getting duplicates of the ones you already have. 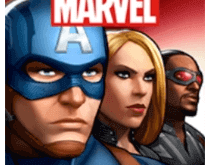