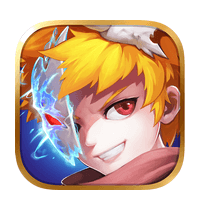 What is Manga Clash APK?

Manga Clash is a game where you’ll find characters from well-known anime series like Dragon Ball, Naruto, Once Piece, Bleach, and Fairy Tail. Here you get to fight with a team of heroes that you can select and keep adding to, to stop enemies from getting dragon balls and having them reach the hands of Cthulhu.

When you open the map with the various chapters and levels to complete, you’ll be able to access the battles, where your characters will automatically attack. They will not, however, complete special attacks or movement combos unless they are pressed once they have been loaded.

As you progress, you can enhance your characters by summoning new ones and forming your own team, but keep in mind that combos can only occur between characters from the same universe. You can access features like recruiting characters, leveling them up, collecting daily rewards, and accessing the Urahara store to buy and sell items from the main screen.