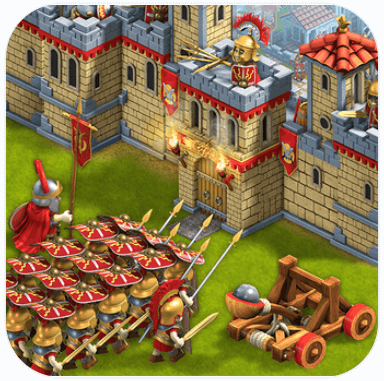 Download Rise of the Roman Empire APK for Android

The Description of Rise of the Roman Empire APK

Rise of the Roman Empire, the strategy war game of Roman Empire. Go back to the age of Empires and build a dynasty that will stand the test of time! Caesar, we will plunge you into the age of great empires and conquest! Strategically upgrade your warriors, and protect your city, travel back to the age of Empires. Join the battle to rewrite history of Rome and Europe! The glory of Rome awaits you in this war strategy game. Play Rise of the Roman Empire and turn your small town into the largest and most powerful empire in history. The age of empire, the Roman Empire, is coming! Caesar! prove yourself in battle! The rise of the empire will come with a Caesar like you! The settlers want to see you as their Caesar! Age of Empire, Roman Empire is the most interesting and beautiful city building simulator. Roman game for real kings of kingdoms!

Caesar! You have to take control of a Roman settlement and turn it into a powerful, prosperous Roman Empire! With a General like you, Rome will regain its former glory! learn game strategy, conquer new civilizations and conquer different cultures and peoples. In this strategy game, a Caesar like you will build a strong, powerful kingdom, an entire Roman civilization with different peoples and cultures of being. The age of empire begins here. Caesar with Roman settlers will begin the conquest of the barbarian kingdoms and empires.

The Roman warriors are strong and brave, they fight like wolves, but they lack an experienced leader. A strong, tactical and strategic general.

The Emperor, in addition to the Roman legions and the fleet, under your command there will be 2 strong advisers – Ovid and Asteria!

Ovid is an experienced commander, a tactician and strategist, seasoned in battles with barbarians. A participant in the great imperial wars with the kingdom of Elvinar, the mighty empire of Sim and the cruel island of the Viking clan. Has awards of the Orders of Ice and Fire, as the highest title of devotion to the Roman Empire! Ovid is the chief admiral of the Roman Empire, legends are made about him. The conquest of new lands has already begun!

Asteria – has a sharp and flexible mind, knows how to correctly plan, manage the construction and life of a Roman settlement. Knows how to build various buildings of production, architecture and culture of Rome. How to build and manage trade routes. Knows how to negotiate with neighboring tribes, villages and cities. Will help in the diplomatic conduct of affairs, a peaceful outcome in the war. Asteria is a real forge of the great Roman Empire!

Q. Why is installation authorization required for Rise of the Roman Empire App?
The operating system of your device is needed by the app. You will be made aware of all the privileges required to use an application when you install it.

Well, I hope you will love this new version game Rise of the Roman Empire APK for android device. Download the latest version for free from the given links and enjoy it. 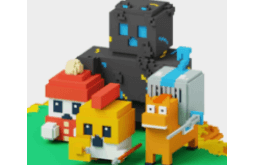