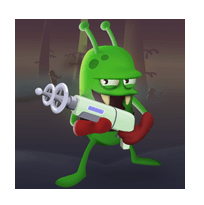 Zombie Catchers is a game set in a post-apocalyptic world where zombies have taken over the earth. Luckily for mankind, A.J. and Bud, two intergalactic businessmen, have decided to help the humans … and make some money in the process.

The Bud (the little green alien) can be moved through 2D scenarios where a number of zombies are captured. You simply hit a zombie with a harpoon to catch him. However, bear in mind that many zombies hide, so you’ll have to use bait to get them to come out.

Bud and A.J. start the company by making zombie smoothies until the zombies have been captured. Smoothies, to be precise. You can upgrade your equipment by buying new weapons, bait, and even a jetpack with the proceeds from the selling of these smoothies. 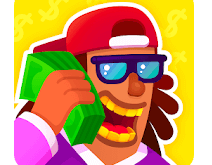